In my display cabinet the three model boats were on display but it seemed a good idea to arrange a quayside to make a more interesting display. Except for the tug, the other two boats were from Scotland, so a Scottish theme for the quayside was appropriate. The railway feature follows the blue livery of the Caledonian Railway. Euan is a fine Scottish name as well as belonging to my wife’s great nephew. The scale of the model boats is 1 in 72, equal to 00 Gauge for model railways. 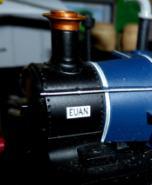 Each of the model boats has radio control, and the Drifter has steam engine sounds which change with speed, as well as a whistle. The boats are therefore models for sailing on a pond. Two are based on a kit but with many added details, whilst Rana is scratch built except for the lower hull. Crew figures on board add realism.

It is very difficult to photograph the diorama, it is much better viewed in the cabinet. The photos show the layout, a boy with his mother looking at the driver of the engine called Euan, the station, advertisements, a coal yard, and various working activities. The water tower advertises Addams & Ptnr SHIPWRIGHTS (My wife is the partner!)

In the display cabinet the glass shelf is like a sheet of water. Some photos are taken in our conservatory.

At eye level in the cabinet. Back scene includes aircraft 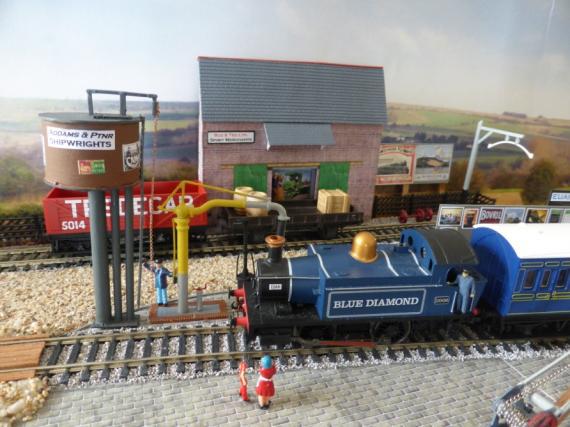 Boy and mother with engine driver 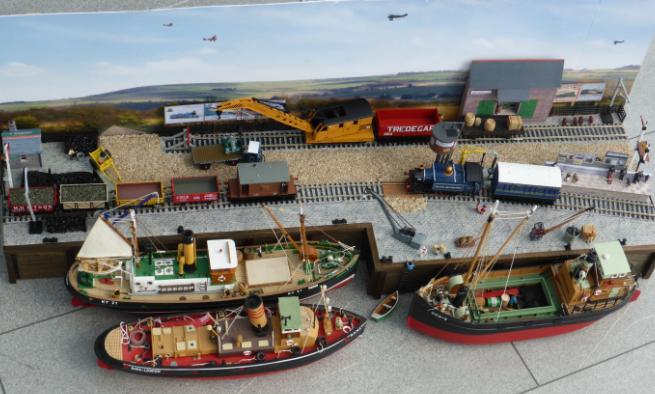 Layout of the quayside. The shelf depth of the cabinet limited the space front to back. 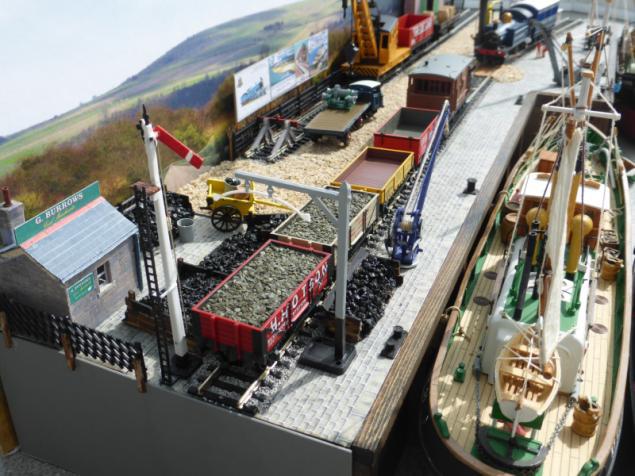 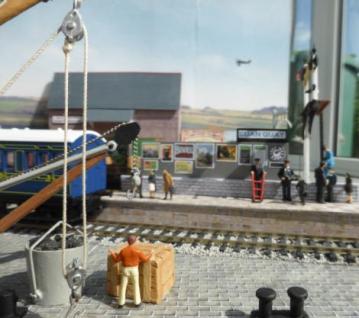 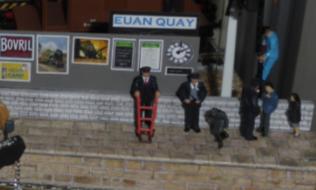 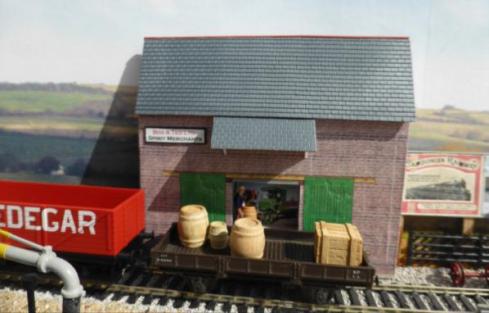 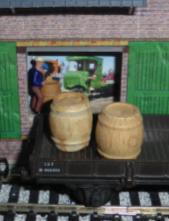 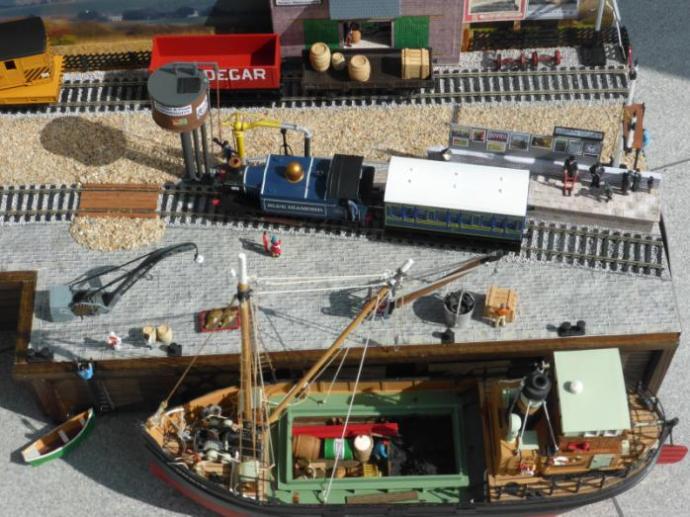 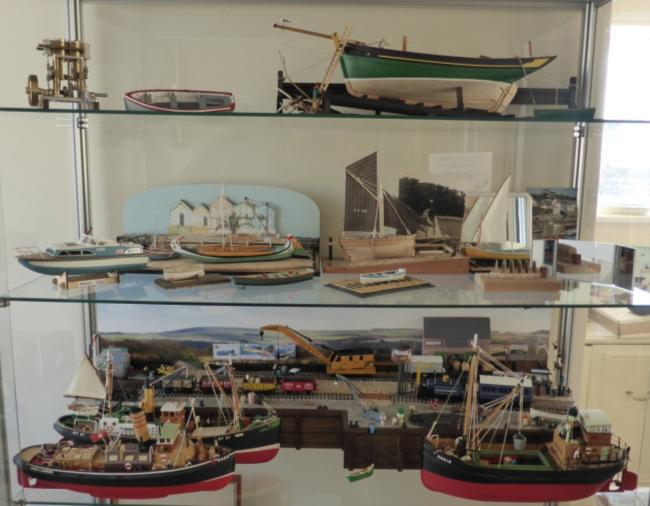 The display cabinet with other models

The buildings and platform are made from downloaded “Print at Home” web sites, the printed sections being then stuck onto card before cutting out. The cart and quayside cranes are from kits of metal castings. The wagons and engine are second hand. At exhibitions there are lots of stands with a vast range of “used” items allowing much more choice than new suppliers. The aircraft are from “images”, copied to Word, miniaturised, printed and cut out. The figures and water crane, water tank, boxes, barrels, etc. are from kits. The base quayside is from sections from Homebase, with sheets of paving added. The countryside back scene is bought. Over the years I have collected gravel and sand from beaches so a suitable size could easily be spread over areas of glue. The coal is painted gravel. In the station photo, the man behind in blue is climbing a ladder up the signal. The ladder was too short so the man holds the two sections of ladder together!

In the photo above, the small white rowing boat is just 3.5 inches long. From a picture on a calendar I made my own lines drawing. It was then made upside down on the jig to the right, using the method set out by Harold Underhill’s Vol. 2 of his modelling book.. It is clinker built, which is very demanding as each plank must sit right to look correct inside and out. However the planks at the bow have to fair in to abut each other. There are seven planks each side made using lime, a lovely fine hard wood. The boat has a rudder that turns, oars, rowlocks and a painter. I do not think I could do this again now. Other small boats were made in much the same way.